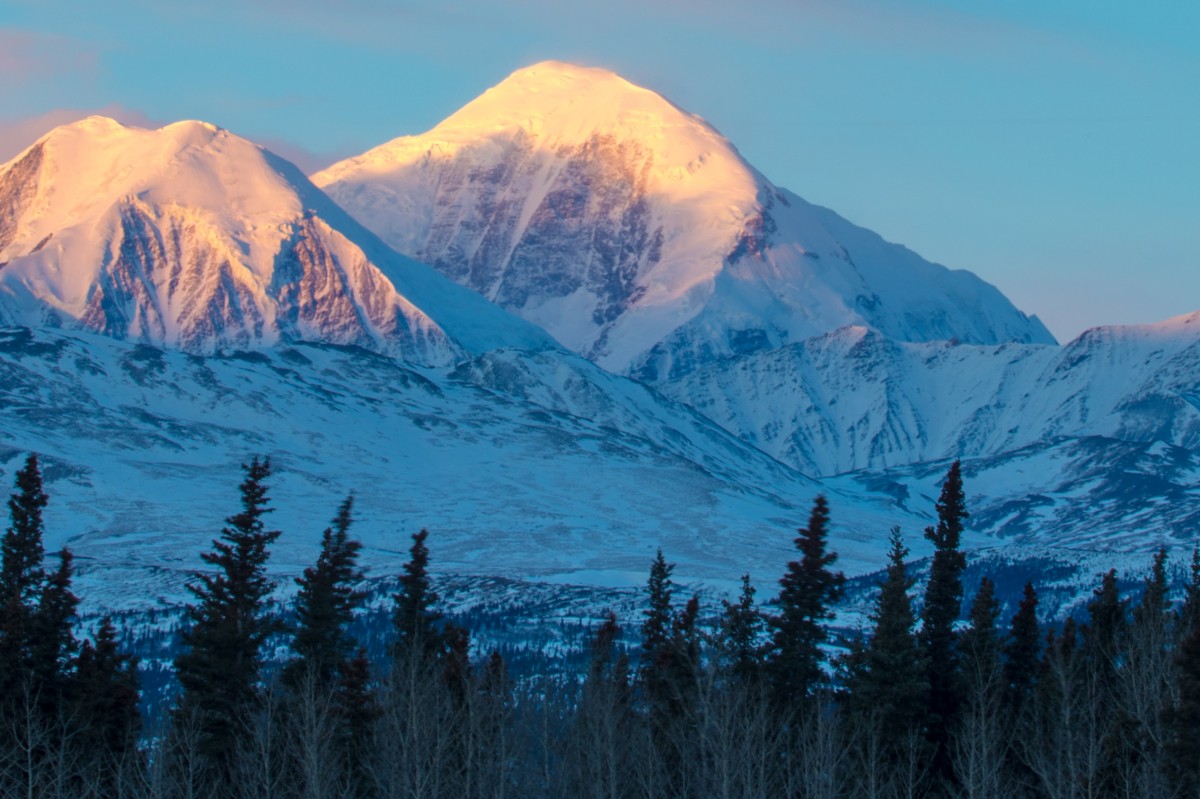 Mount Moffit was first climbed by way of the Western North Ridge in August of 1942 by Benjamin Ferris, Sterling Hendricks, and Bill Shand. This Alaska grade 4, AI3 route was completed by the men who accompanied Bradford and Barbara Washburn, along with Henry Hall on the first ascent of Mount Hayes. Since the Washburns and Hall had to leave the range, the trio decided to attempt Mount Moffit with their extra time. Not wanting to miss out on all the action, Brad flew around the peak on their summit day, capturing a photo of the men just below the summit. Washburn was well known for his aerial photography and his iconic images remain some of the best references for route information to this day. It wasnÃ¢â‚¬â„¢t until 1996 that this climb saw its first winter ascent by Randy Waitman and Mike Litzo. It took them several attempts before their ultimate success.

The Climb:
From the Trident Glacier landing zone, travel roughly 8 miles down glacier to the base of the ridge. The actual climbing begins at 5,000 feet in the form of a moderate rib of snow-covered scree that ascends to 7,500 feet. From here, the rest of the route is on the glaciated Western North Ridge proper. Camps can be established between 9,700 feet and 10,000 feet along this ridge because anywhere above, the slope is too steep to pitch a tent. Above the bergschrund, the crux is a 600-foot long, 65-degree snow and ice slope that transforms into a narrow ridge. Navigate cornices and rock gendarmes until you reach the large summit platform. Beware of the crevasse that lies here.

The Descent:
Reverse the ascent. Wands are recommended.

The North Face Ã¢â‚¬â€œ Brian Teale http://59a2.org/hayes/200206/
Brian TealeÃ¢â‚¬â„¢s solo route starts at the waterfall at the bottom of the north face before trending right for easier climbing. This route is subject to extreme objective hazard because of all the looming seracs overhead. When referring to the first ascent, Brain said Ã¢â‚¬Å“It was like climbing with a gun to my head for a day and a half.Ã¢â‚¬Â

In July of 2006, Jed Brown and Colin Haley made the first ascent of the impressive 1,400 meter wall on the north face of Moffit. This highly technical and committing line consists of 35 pitches plus an additional 900 meters of snow and ice above the rock buttress. The climb has a little bit of everything including moderate free climbing on the often wet rock, hard aid pitches, mixed and ice climbing in a wild and remote alpine environment. Two bivies were made on the wall by the first ascent team as well as occasional brew stops on the ice slopes above. More information and images can be found at http://59a2.org/hayes/200607/