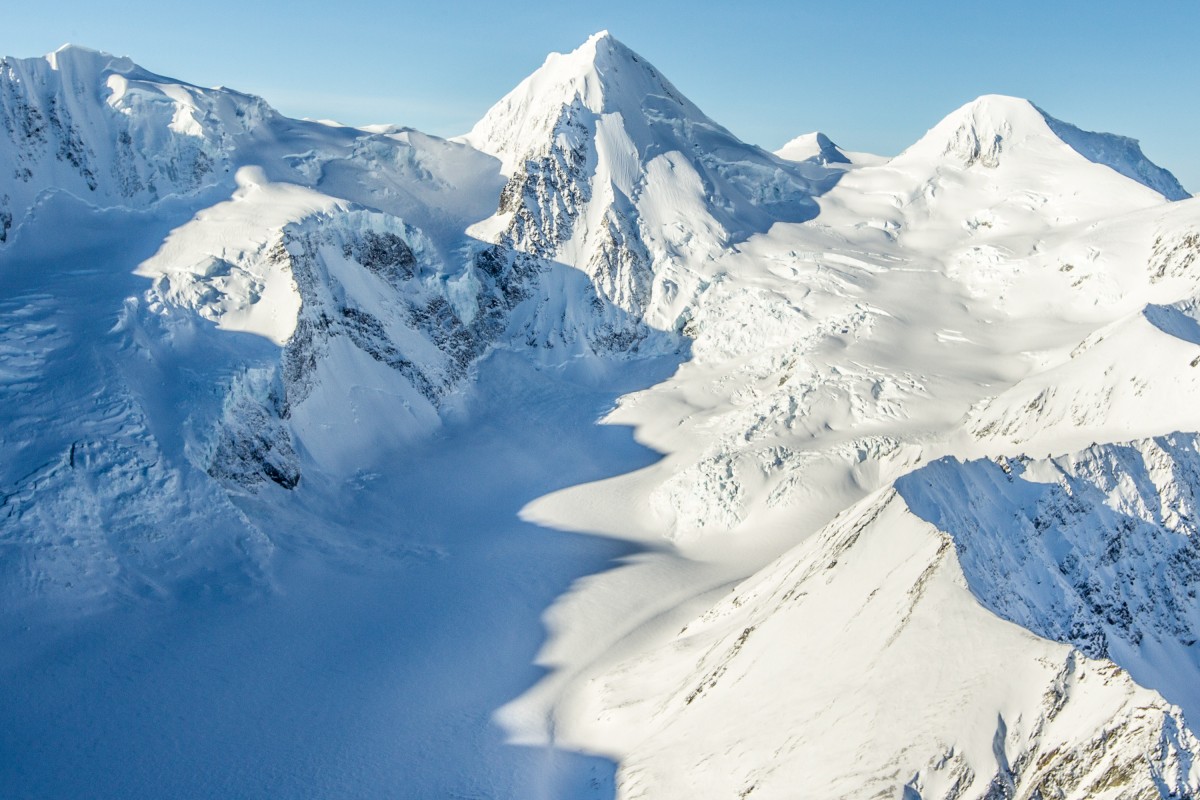 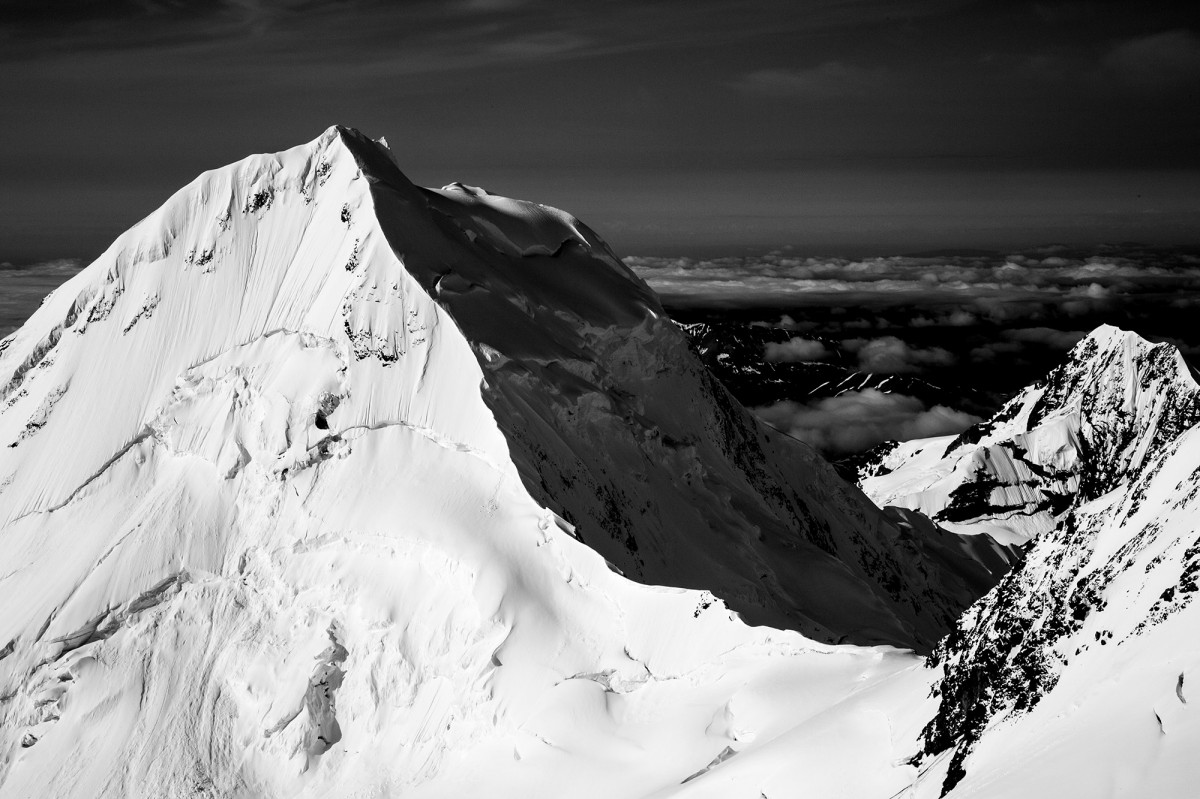 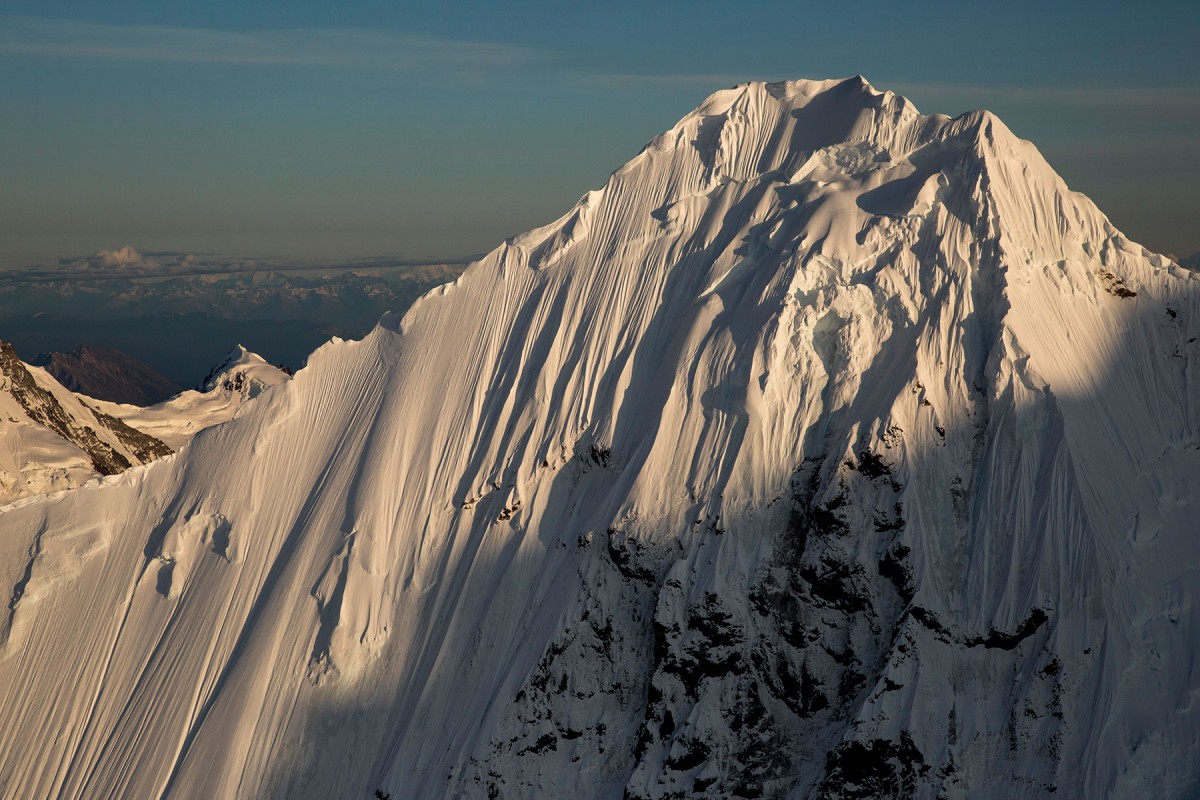 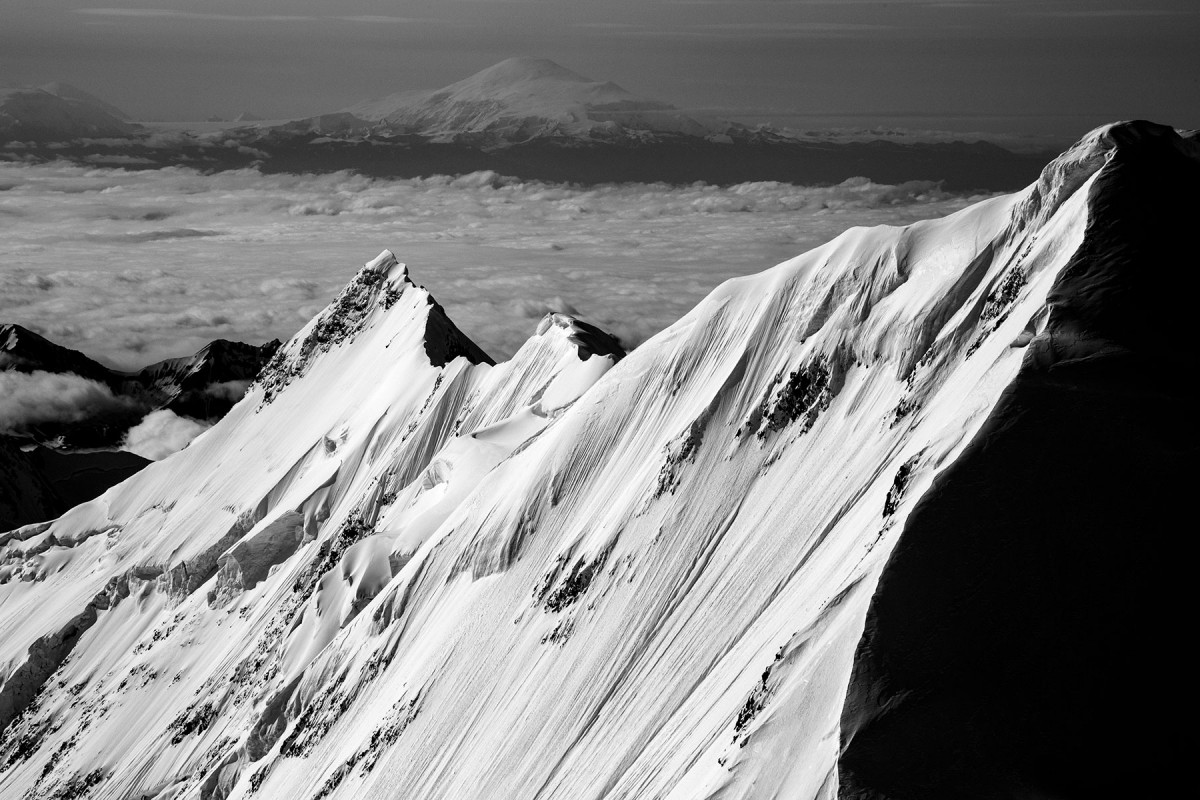 In June of 1969, Mount Kimball was climbed by Grace Hoeman, Tom Kensher, Dan Osborne, and Mike Sallee. This was the ninth attempt on the mountain and the first to be successful. This team and other experienced Alaskan mountaineers tried to climb the mountain multiple times but itÃ¢â‚¬â„¢s remote nature and difficult ridges guarded the summit for many years. To this day, Kimball rarely sees an ascent, mainly due to the difficulty of the overland approach. Flying in with a ski-equipped airplane would eliminate much of this process and cut off a burly 30-mile walk from the Richardson Highway.

The Southwest Ridge Ã¢â‚¬â€œ Alaska Grade 2+
Randy Waitman, Ian McRae, and Paul Turecki were the first to establish the Southwest Ridge route from the Chistochina Glacier during the cold month of February. As luck would have it, the experienced trio ran into unusual and ideal snow conditions once they gained the ridge. Secure cramponing brought them up to the initial obstacle, a rock gendarme that splits the ridge. You can traverse on the south side of it. The ridge then continues and steepens into some mixed ground. Beware of avalanche potential here. Moderate snow slopes will bring you to the technical crux of the route, a rock step that can be tackled with several moves. The next obstacle is the historical Golf Ball. The first ascent party was able to pass this insurmountable feature by taking an easy snow ramp on the east side. Once this is out of the way, the ridge transforms into a large plateau that leads to the summit knob, which turns out to be a challenge in and of itself. A significant effort of groveling and digging will bring you to the top of this classic Alaskan peak. The descent is done by retracing all of your steps and rappelling several short sections.