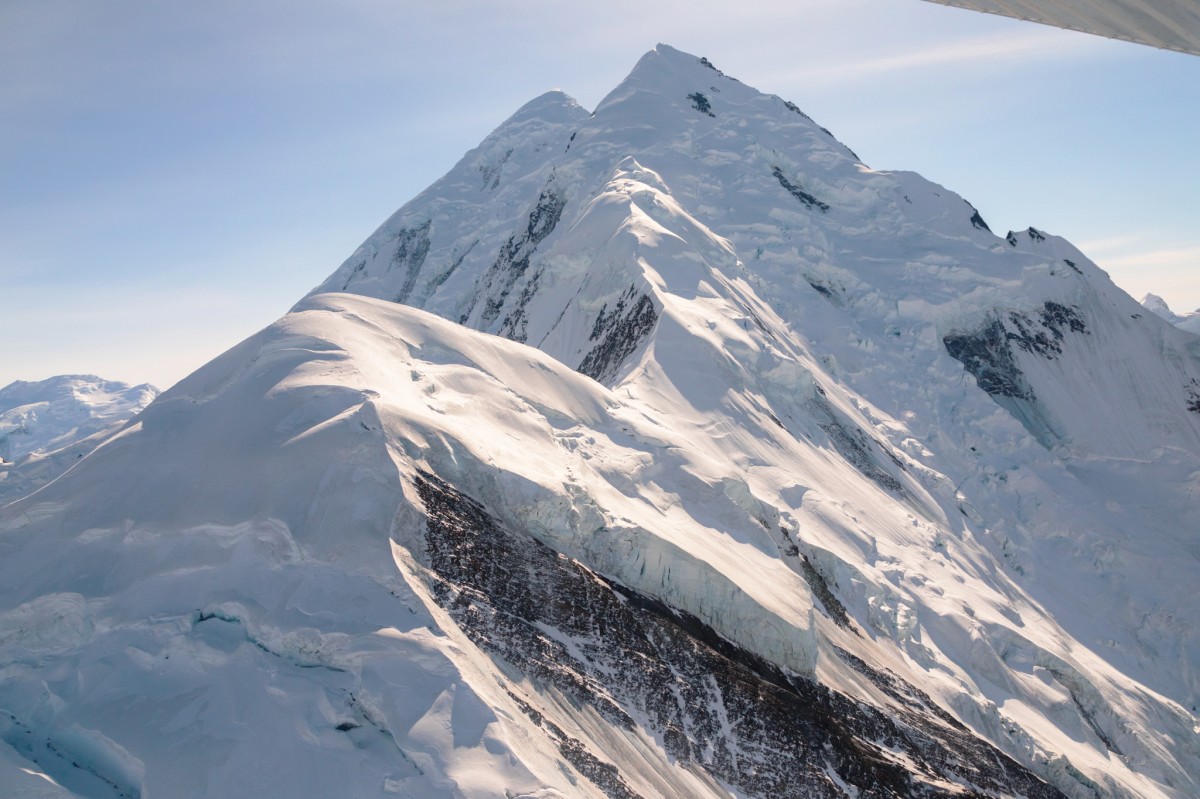 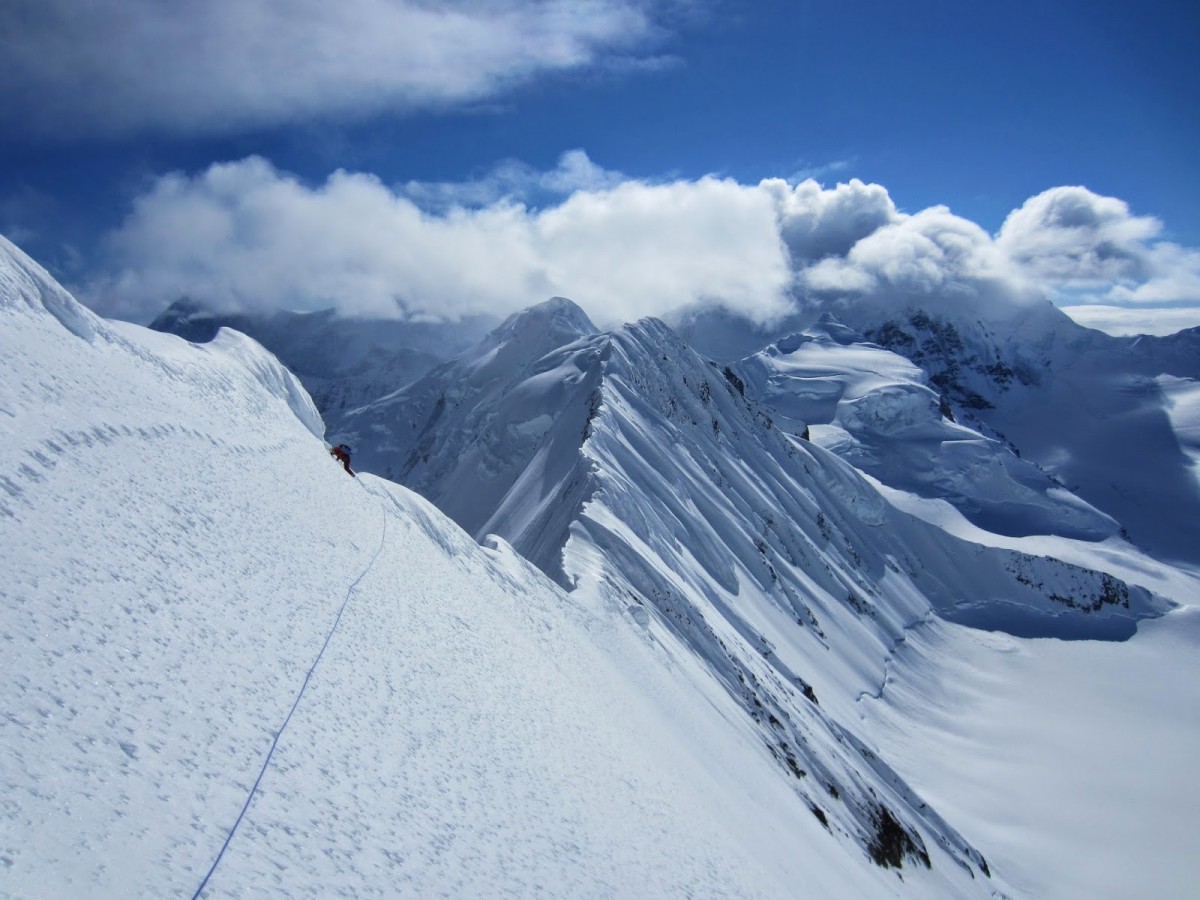 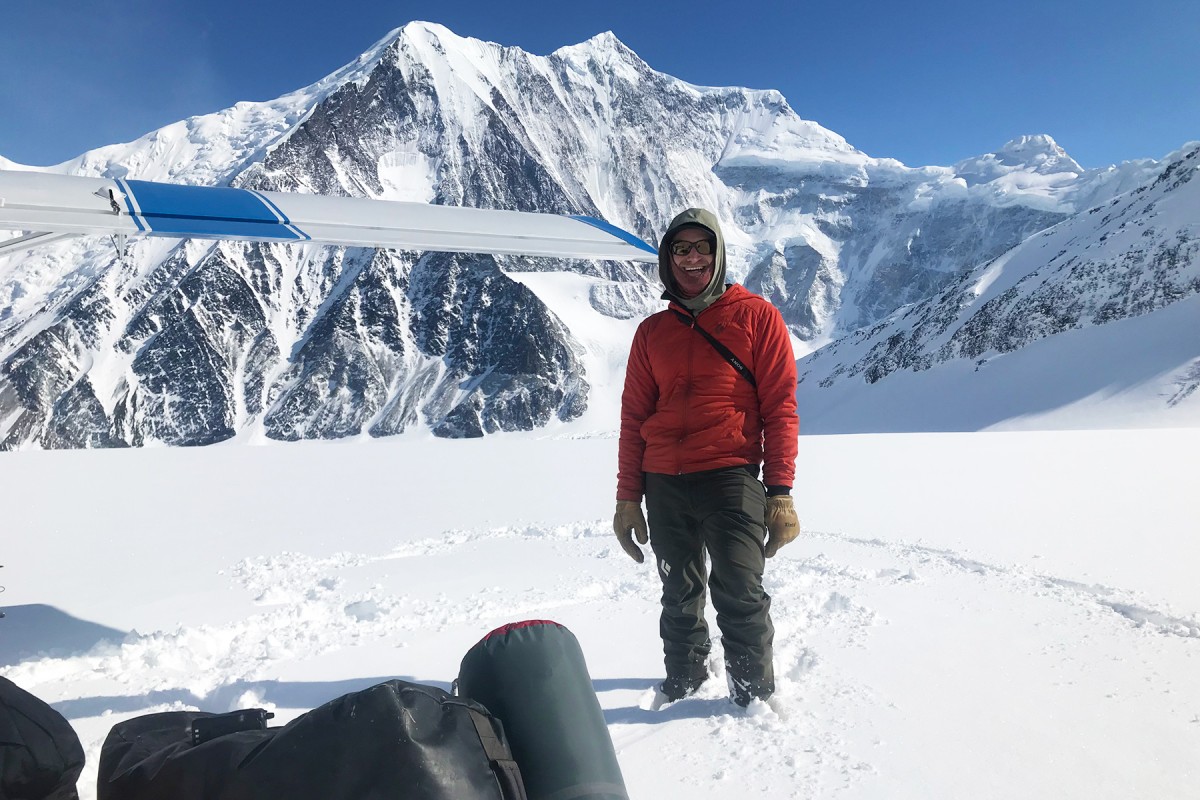 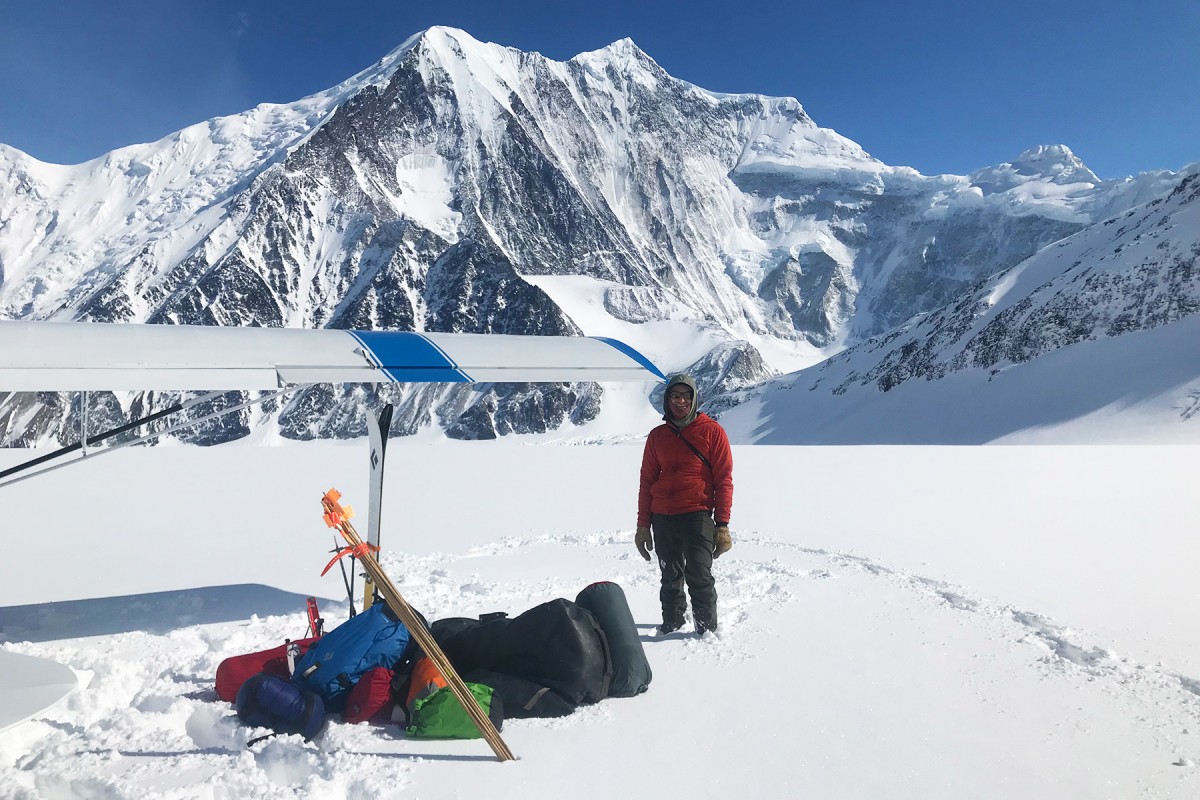 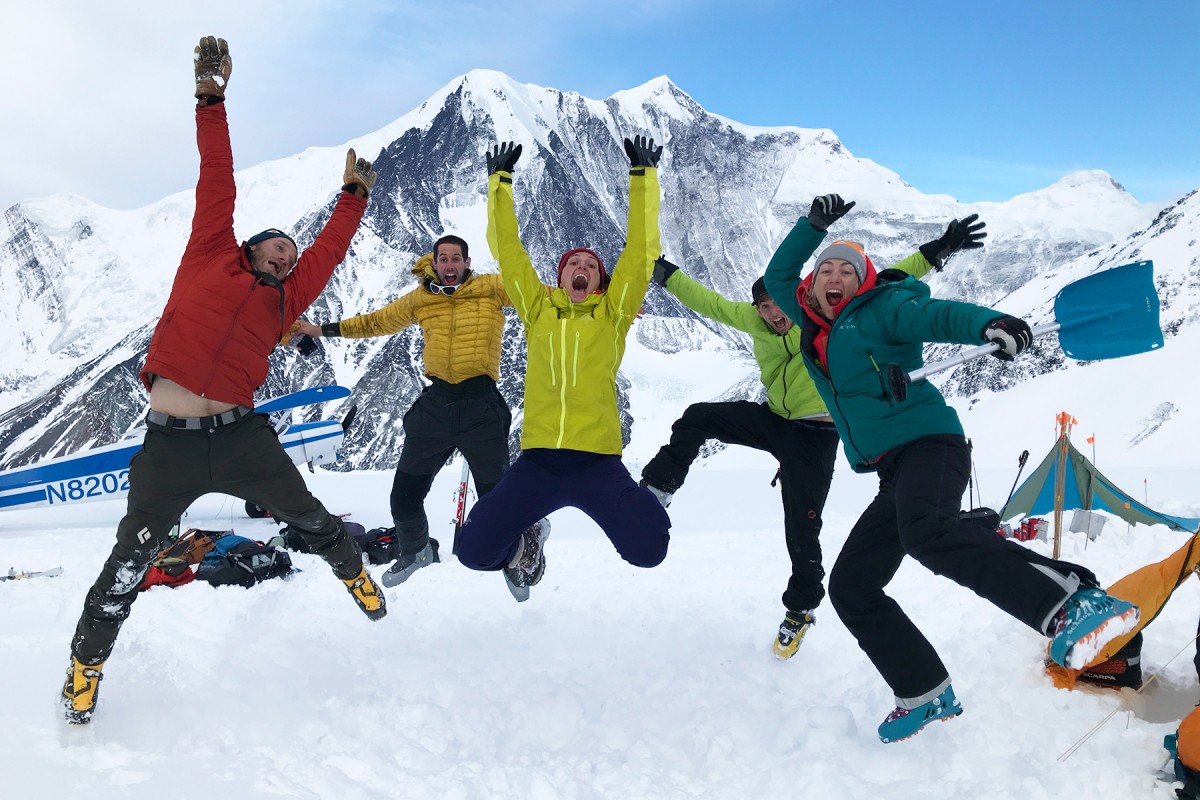 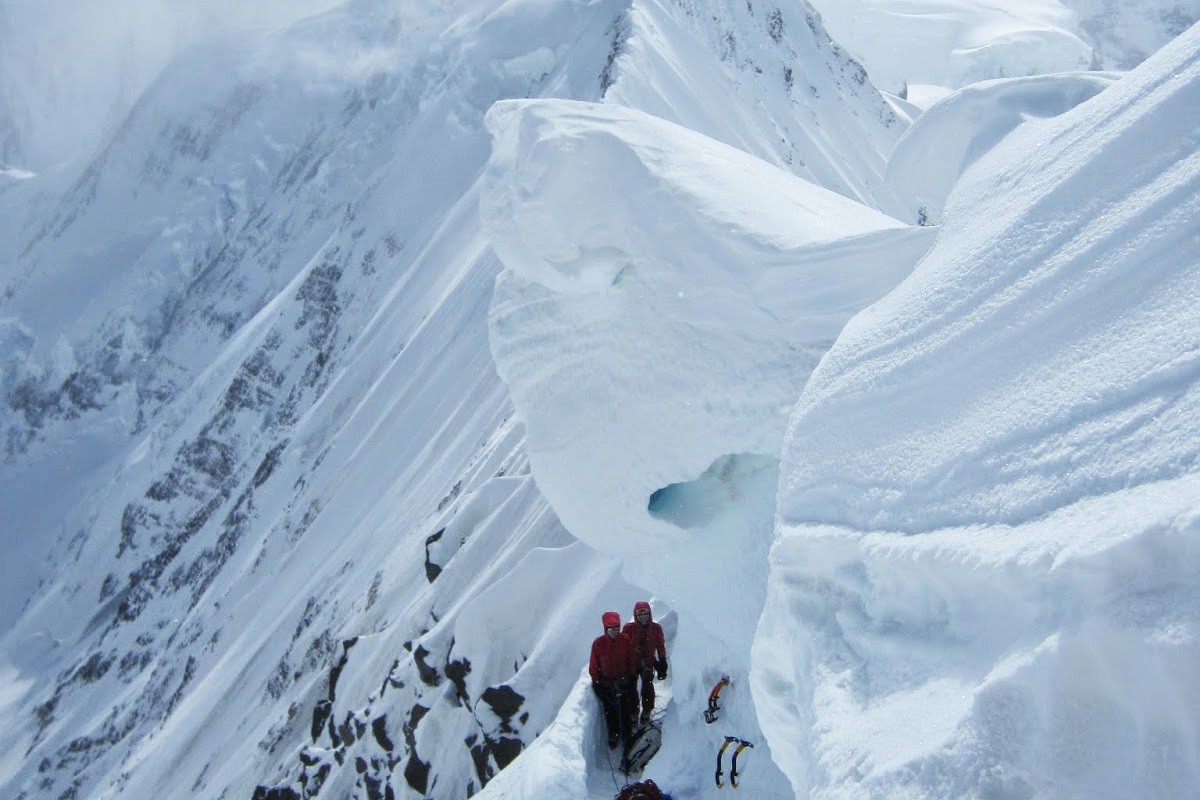 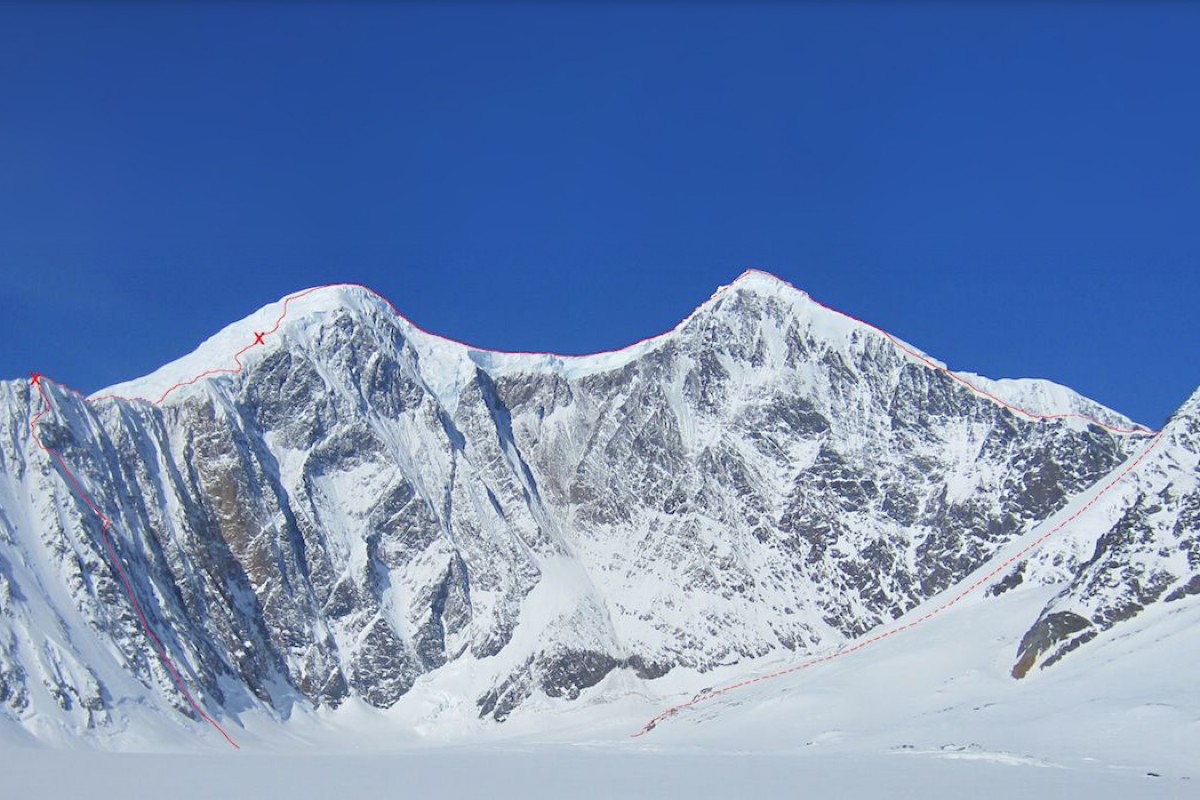 The North Ridge (First Ascent 1941) Alaska Grade 2+ Bradford and Barbara Washburn, Benjamin Ferris, Sterling Hendricks, Henry Hall, and William Shand Mount Hayes was first climbed in 1941 via the North Ridge by Bradford and Barbara Washburn, Benjamin Ferris, Sterling Hendricks, Henry Hall, and William Shand. This route is considered one of the great landmarks of Alaskan mountaineering because of its great technical difficulty at the time. It wasn't until 1975 that it was repeated by Charles R. Wilson, Steve Hackett, James Brady, and Dan Osborne. In the American Alpine Journal, Charles described some of the perilous ridge climbing, showing that Brad and company were clearly ahead of their time. "we reached the shoulder and saw before us a quarter mile of fantastic doubly-corniced ridge separating us from the summit cone. In a strong wind we could not have climbed that rooster-comb ridge, for in places it was so narrow and the snow so soft that you could not put your feet side by side. Snow chips dislodged by the right boot fell effortlessly a mile and a half, while snow clods kicked loose by the left boot could start powder-snow avalanches that had 6500 feet of fall. We used all our snow flukes and pickets on this two-and-a-half-hour delicate traverse of that wildly beautiful place."

The Climb:
The East Ridge route begins at the 7,000 foot landing zone on the Trident Glacier. From here, it goes 3,000 feet to the north to a pronounced spur at 9,800 feet. This is commonly referred to as Levi's Bump. En route to this destination, beware of avalanche danger, especially if you are travelling after a north wind event. A high camp can be established anywhere between Levi's Bump and the remaining 4,000 feet to the summit, depending on the party's progress. The summit ridge is mostly snow and ice slopes up to 50 degrees, but the major difficulties lie in the crevasses that riddle the ridgeline.

The Descent:
Retrace the East Ridge. It is recommended to wand your descent route due to the featureless terrain that could leave you blind and off-route in flat light.

In May of 2014, John Giraldo, Jason Stuckey and Angela VanWiemeersch made the first ascent of this route that traverses approximately 15,000 feet of the peak. Their climb marks the first time that the South Buttress of Mount Hayes has been reached by the Trident Glacier (as opposed to the Susitna or Turkey Glaciers). All told, the trio climbed about 3,000 feet of new terrain on the northeast aspect before gaining the south summit and then continuing up the South Buttress. They then climbed another 1,300Ã¢â‚¬â„¢ over the course of four miles to reach the summit of Mount Hayes proper. The Climb:
From the Trident Glacier, ascend an 1,800 foot couloir that brings you to the bottom of a short rock band. This one pitch of easily protected 5.8 climbing brings you to a steep snowfield that transforms into hard alpine ice. Above this is a blind, engaging traverse in the form of a steep rock band (M5 R). Snow and ice slopes (up to AI 4) continue to the knife-edge ridge atop the wall. The first ascent team bivied here under an overhung cornice, "which allowed us to shovel a plush camp in the most unlikely of locations."

Begin traversing the knife-edge ridge toward the south summit. Beware of the maze of crevasses, cornices, snow bridges and seracs. From the south summit, join the South Buttress and continue to the summit of Mount Hayes.

The Descent:
From the summit, start your 7,000 foot descent down the East Ridge. Beware of tricky route finding and steep seracs that span the ridge.