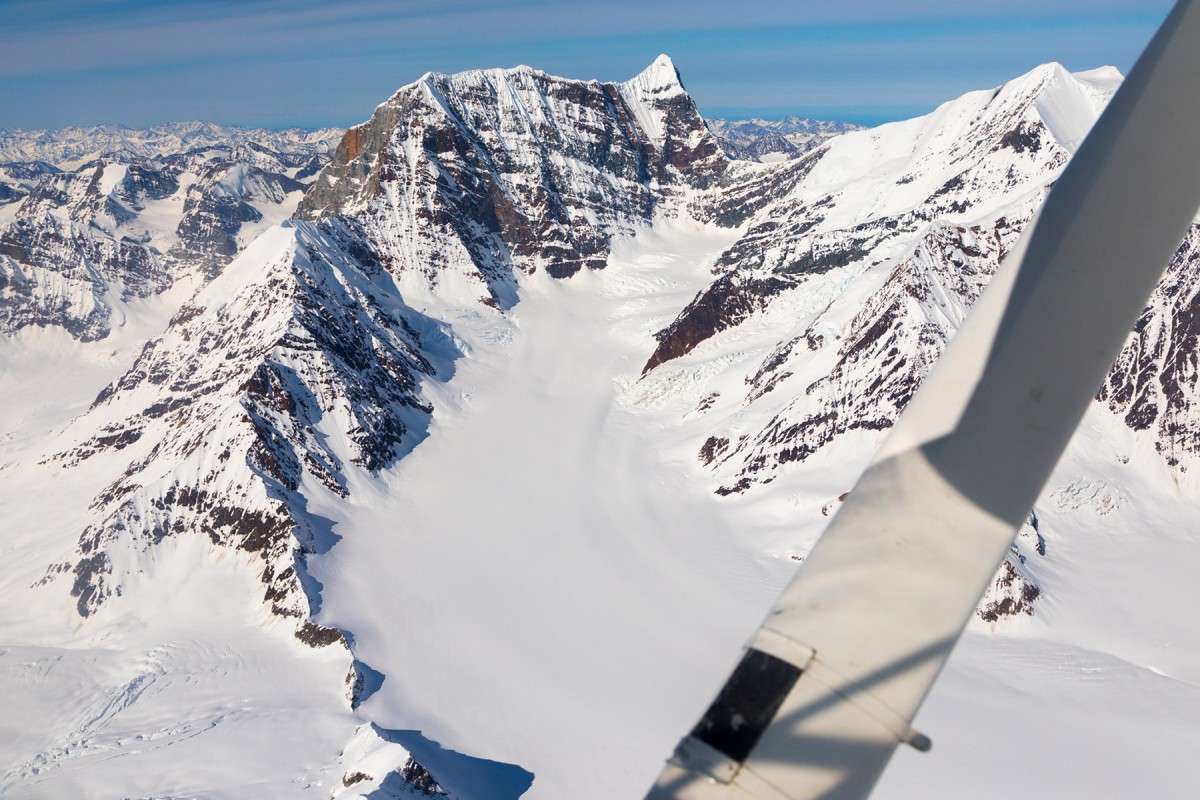 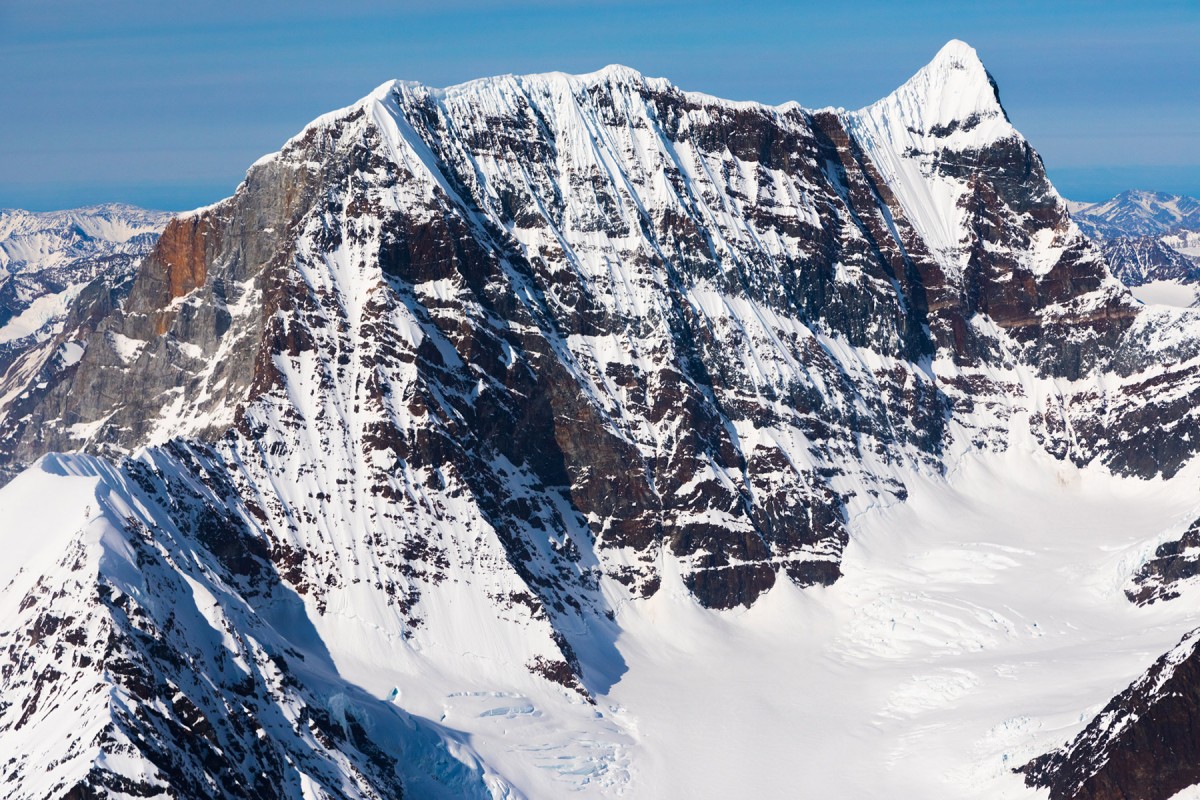 MOUNT DEBORAH (12,339 ft)
Routes/History:
The South Ridge (First Ascent 1954) - Fred Beckey, Henry Meybohm, and Heinrich Harrer
Mount Deborah was first climbed by Fred Beckey, Henry Meybohm, and Heinrich Harrer in 1954 by way of the South Ridge as part of their outstanding year of significant first ascents in the Alaska Range. In addition to putting up the first line on Deborah, the two other routes they completed that season were on mountains that had already seen their first ascents but were awaiting new routes by more technical ascents. The team climbed the Northwest Ridge of Denali and the West Ridge of Mount Hunter that would go on to be known as one of the most classic test pieces of Alaskan mountaineering. It remains popular to this day.

The Climb:
From the 6,700 foot landing zone on the Yanert Glacier, it is only a short distance to the first formidable crux of the route. This massive 2,300 foot icefall was described by Fred Beckey as The Frozen Hurricane because of the objective hazard that it represents (icefall and avalanches). Once you have scurried past this first obstacle, travel becomes more intuitive as you get above the initial couloir. There are only a few crevasses to deal with here.

Historically, Camp I is placed at 7,600 feet but if you make it to the 9,000 foot level, there is a better place to set up your tent where you are free of avalanche danger as long as you stay lower down in the valley. This area marks the beginning of the Northwest Ridge. From this camp, you have two choices. The first ascent party took the obvious ice gully to a loose rock spur that leads directly to the ridge. Your other option is to go up the face of the mountain (50-degree snow and ice) to meet the ridge at the 11,000 foot level.

At 10,800 feet, the North Ridge and the West Ridge come together to form the final summit ridge. It is here that you'll find the opportunity for a second and final camp in a very exposed location. The last 1,500 feet of climbing is made up of traversing pitches on exposed snow and rock along a severely cornice ridge. Pickets and ice screws come in handy throughout this knife edged portion until the final 300 feet mellows out before the top. Deborah's true summit is guarded by a large cornice, making for very interesting final moves, if you really want the top.

The Descent:
Be prepared to spend just as much time on the descent of the summit ridge as the ascent. From high camp, the best way down is to reverse the West Face, the most popular ascent route. Roughly twenty rappels will bring you down the 50-degree snow and ice face. V-threads are the best anchors for the upper face but once the snow becomes too deep, snow bollards can be used. The safest option is to alternate rappelling and down-climbing with pickets until the final abseil over the bergschrund, which is known to be the crux of the descent.

Extreme Skiing:
In May of 2000, Johnny Foon Chilton and Dave Gauley were the first to ski Mount Deborah. Photographer Blake Jorgensen and partner Blake Cooksie Buchannan were there to document the descent. They first spied their line by stumbling across a photo of the West Face in the 1982 American Alpine Journal after the first ascent of the face. Mitchell Scott would later write in Powder Magazine "The ski stands as a remarkable unassisted first descent of an incredibly remote peak, and should go down as one of the most challenging descents in North American history." After skiing Deborah and still having extra time before their set pick up date, the team skied multiple lines in the surrounding area, proving that there is still unlimited potential for the extreme skier looking for first descents in the Hayes Range!